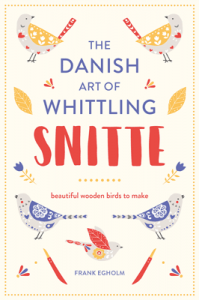 A fascinating practical introduction to the Danish art of whittling, with inspiration and instructions for making adorable decorative wooden birds.

Easy and beautiful whittling projects that even beginning woodworkers can make for their home!

The satisfying craft of whittling has become more popular than ever—and these Scandinavian-style projects for the home will inspire both novices and experts with their beauty and simplicity. They include children’s toys such as a bird whistle and ring catcher; practical items like door hooks and butter knives; and decorative necklaces, buttons, carved flowers, and a chess set. All the projects are amazingly easy, and with a visual step-by-step technique section at the front of the book, anyone can take them on.

Looking for an outdoor hobby to engage your children and encourage them to be crafty and creative? Wood carving is not only easy to learn and fun to do, but almost everything you need to get started can be found for free — right outside your door!

Together you can craft a tumbling tower game, a racing car toy, a dolphin necklace or even a handy coat hook! With more than fifty activities at levels for beginners and up, children can create something useful, beautiful or fun (often all three!) out of wood.

Learning wood carving not only helps to improve children’s concentration, creativity and dexterity, it’s also invaluable in teaching them how to handle knives safely.

Adventurous children will be thrilled to learn woodland skills, while nature-loving parents will enjoy rediscovering the lost art of whittling with their kids. 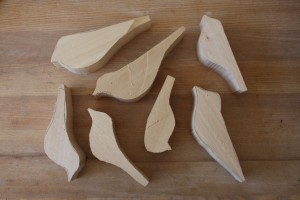 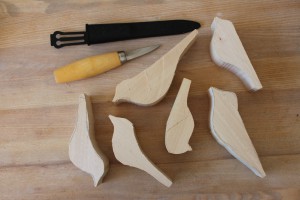 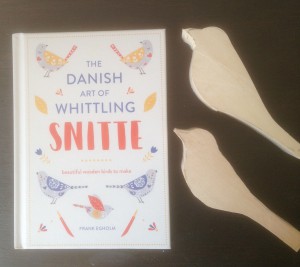 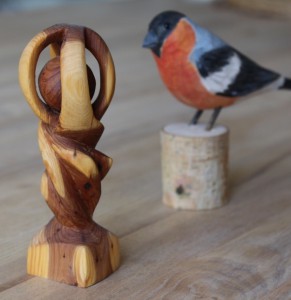 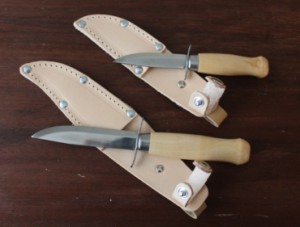 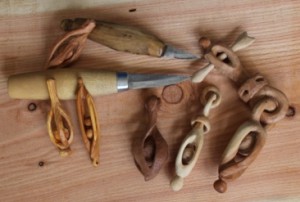 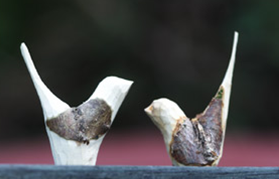 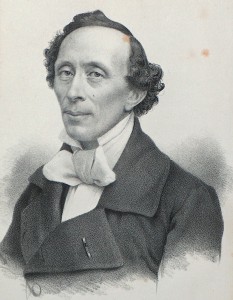 Luck may lie in a pin Fairytale

A fairytale by Hans Christian Andersen
A Story Told For My Young American Friends
I’ll tell you a story about luck. All of us know what it is to be lucky. Some know good luck day in, day out; others only now and then in their lucky seasons; and there are some people who know it only once in a lifetime. But luck comes at some time or other to us all.
Now I needn’t tell you what everyone knows, that it’s God who puts little children in their mother’s lap; maybe in a nobleman’s castle, maybe in a workingman’s home, or maybe in the open field where the cold wind blows. What you may not know, though it’s just as true, is that when God leaves the child he always leaves it a lucky piece. He doesn’t put this where the child is born, but tucks it away in some odd corner of the earth where we least expect it. Yes, you can rest assured that it always turns up, sooner or later, and that is nice to know.
This lucky piece may turn out to be an apple. That was the case with one man, a scholar called Newton. The apple fell into his lap, and his luck came with it. If you don’t know the story, get someone to tell it to you. I’ve a different story to tell, about a pear.
Once there was a man born poor, bred poor, and married without a penny. By the way, he was a turner by trade, but as he made nothing except umbrella handles and umbrella rings, he earned only enough money to live from hand to mouth.
“I’ll never find my luck,” he used to say.
Now this is a Gospel true story. It really happened. I could name the man’s county and his town, but that isn’t important. Wild service berries, with their red, sour fruit, grew around his house and garden as if they were the richest ornament. However, in the garden was also a pear tree. It had never borne fruit; yet the man’s luck lay hidden in the tree, in the shape of a pear not yet to be seen.
One night the wind blew in a terrible gale. In the next town men said that the great mail coach was lifted from one side of the road to the other as easily as a rag, so it was not to be wondered at that a large branch was torn from the pear tree. The branch was brought into the workshop and, just as a joke, the turner made from it wooden pears, big, little, and middle-sized.
“For once my tree has borne pears,” he smiled, and gave them to his children for playthings.
Among the necessities of life are umbrellas, especially in lands where it rains a lot. But the turner’s family had only one umbrella between them. When the wind blew hard, their umbrella would blow inside out. Sometimes it would break, and luckily the man knew how to mend it. However, with the button and loop that held the umbrella closed, things went from bad to worse. The button would always fly off just as they thought they had the umbrella neatly folded.
One day it popped off, and the turner hunted for it everywhere. In a crack of the floor he came across one of the smallest pears he had given his children for a toy.
“If I can’t find the button,” he said, “I’ll make this do.” He fitted a string through it, and the little pear buttoned up the umbrella to perfection. It was the best umbrella fastener that ever was seen.
The next time the turner sent umbrella handles and umbrella rings to the city, he added several of the small wooden pears. They were fitted to a few new umbrellas, and put with a thousand others on a ship bound for America. Americans catch on very quickly. They saw that the little pears held better than the other umbrella buttons, and the merchant gave orders that all the umbrellas sent to him henceforth should be fastened with little wooden pears.
There was work for you – thousands of pears to be made for all the umbrellas that went to America. The turner turned them out wholesale, until the whole pear tree was used up making little wooden pears. They brought pennies that grew into dollars. There was no end to the money he made.
“My luck was in that pear tree all along,” the man said. Soon he had a great factory with plenty of workmen to help him. Now that he always had time for joke he would say, “Good luck may lie in a pin.”
And I who tell this story say so too, for it’s a true proverb in Denmark that if you put a white pin in your mouth you’ll be invisible. But it must be the right sort of pin, a lucky piece from God’s own hand. I have one of them, and whenever I come to America, that new world so far away and yet so near me, I’ll always carry that pin. Already my words have gone there. The ocean rolls toward America, and the wind blows that way. Any day I can be where my stories are read, and perhaps see the glitter of ringing gold – the gold that is best of all, which shines in children’s eyes, or rings from their lips and the lips of their grown-ups. I and in all my friends’ homes, even though they don’t see me. I have the white pin in my mouth.
And luck may lie in a pin.
* * * END * * *